Authorities in the southern Chinese province of Guangdong have released an environmental activist who complained online about illegal quarrying and pollution in her hometown of Xinyi city, cutting short her 10-day jail term, activists said.
Lei Ping and fellow activist Heihu, a nickname meaning "black tiger," were detained by Xinyi police last Friday for "rumor-mongering."
They had been working as volunteers for the government-backed non-profit China Biodiversity Conservation and Green Development Foundation (CBCGDF), investigating suspected illegal quarrying operations and pollution in the area.
The pair had been called in for questioning by police on suspicion of disturbing public order and spreading rumors. Heihu was later released, while Lei was sentenced to administrative detention, a form of punishment that can be handed down by police to perceived "troublemakers" for up to 15 days without the need for a trial.
Lei was released soon after the CBCGDF penned a letter to Xinhi police, calling for her release.
"We have in fact been receiving reports from our volunteers and members of the public about environmental issues in Xinyi," the letter, a copy of which was seen by RFA, said. "We suggested that they investigate the matter reported to use by volunteers and the public."
"Lei Ping is an environmental protection worker and a volunteer for our organization," said the group, which has the backing of China's cabinet, the State Council, in Beijing. "We can provide the relevant documentation as evidence of this. We hope the matter can be resolved in the appropriate manner."
An employee surnamed Zhang, who answered the phone at the CDCGDF offices on Monday, said Lei had been met at the detention center by her family on her release.
"We are extremely concerned and worried about her," Zhang said. "We are continuing to follow this case, but we haven't released any other details publicly yet."
"A lot of people in environmental circles are familiar with the frontline environmental work [Lei] has done over the past few years," he added.
Waste disposal
U.S.-based Yang Zhanqing, who worked with the anti-discrimination group Beijing Yirenping for nine years, and was himself detained for speaking out, said many groups and individuals had come out in support of Lei since she was detained.
"On Saturday, a couple of lawyers, one from Hunan and another from Guangdong, went [to Xinyi] and she was released," he said. "If it weren't for the huge public attention, she would have been subjected to a real injustice."
Yang said the ruling Chinese Communist Party fears non-governmental (NGO) workers and rights activists, and subjects them to continual harassment, including threats and detentions, because they can act as a lightning rod for wider social discontent.
"She had previously worked on illegal quarrying and pollution from waste disposal facilities," Yang said. "She was taken away last Friday at 5:00 p.m., Beijing time."
"The police accused her of spreading rumors, and she was placed under administrative detention for 10 days, and taken to the detention center [before being released]," he said.
Heihu later said via social media that he and Lei had been investigating a quarrying operation by the Dacheng Quarry Co. since early January, and had released video footage of the quarrying operation online, which was viewed more than 50,000 times.
Lei then got a call from her local Hongguan police station ordering her to take down the posts. Police also spoke to her parents and an aunt, who works in education in Xinyi, Heihe said.
When Lei refused to take down the material, she was detained, he said.
Activists say China has an exemplary set of environmental protection laws, but that environmental officials lack the power to impose it on powerful vested interests at the local level.
Reported by Qiao Long for RFA's Mandarin Service. Translated and edited by Luisetta Mudie.
CBCGDF environmental activist lei ping ngo yang zhanqing 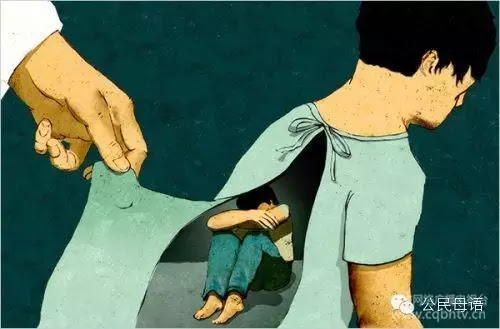