- 三月 19, 2018
(source: RFA   url:https://www.rfa.org/english/news/china/release-03192018105728.html) Authorities in the southern Chinese province of Guangdong have released an environmental activist who complained online about illegal quarrying and pollution in her hometown of Xinyi city, cutting short her 10-day jail term, activists said. Lei Ping and fellow activist Heihu, a nickname meaning "black tiger," were detained by Xinyi police last Friday for "rumor-mongering." They had been working as volunteers for the government-backed non-profit China Biodiversity Conservation and Green Development Foundation (CBCGDF), investigating suspected illegal quarrying operations and pollution in the area. The pair had been called in for questioning by police on suspicion of disturbing public order and spreading rumors. Heihu was later released, while Lei was sentenced to administrative detention, a form of punishment that can be handed down by police to perceived "troublemaker
发表评论
阅读更多 » 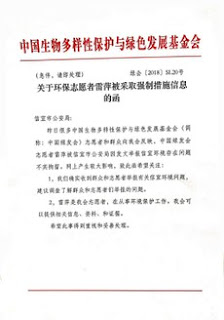 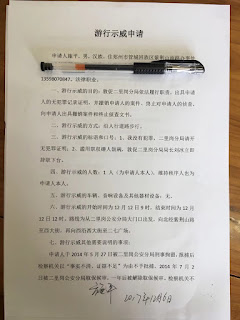